Float your way through perilous terrain in this endless side-scoller game.

Float your way through perilous terrain in this endless side-scoller game. 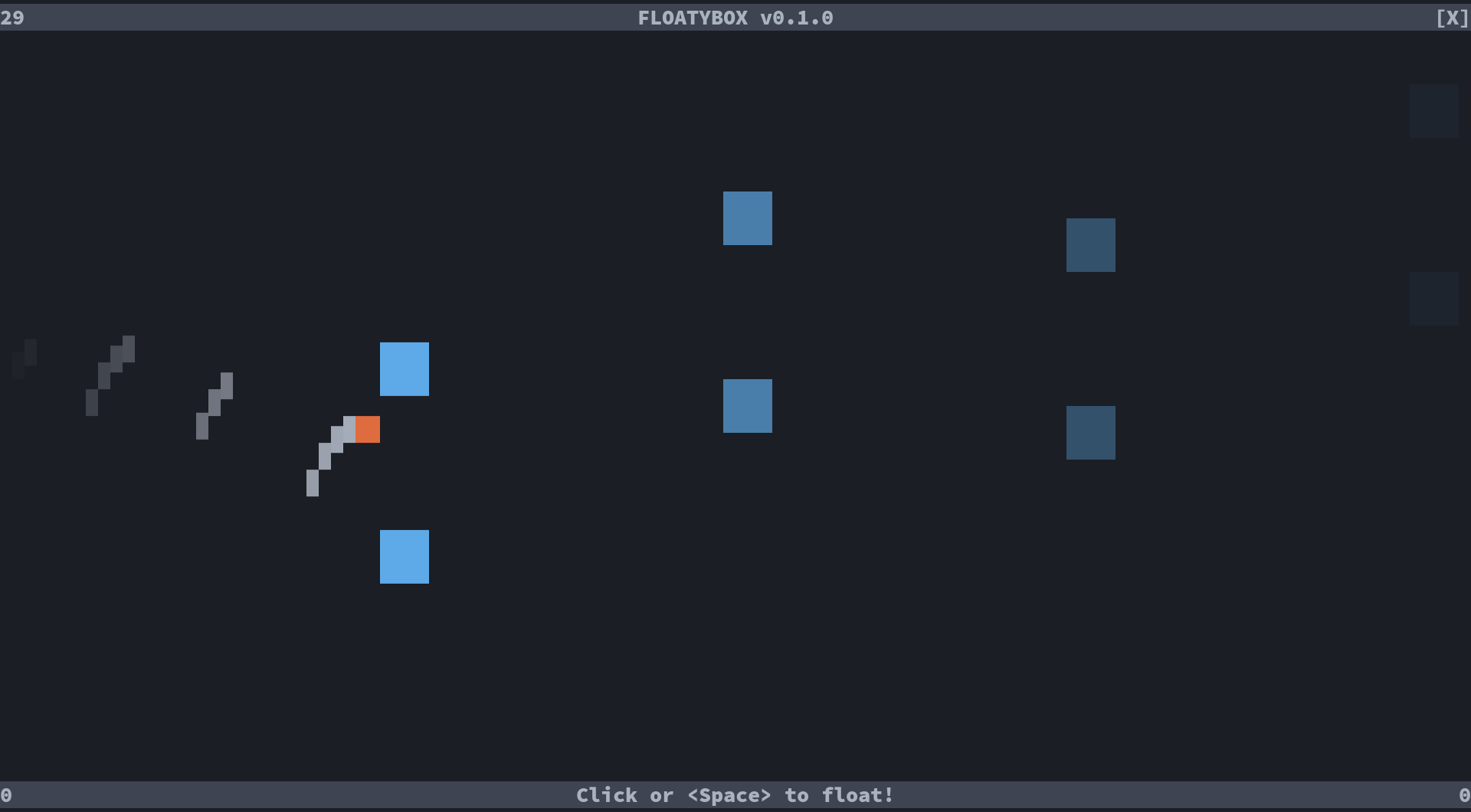 floatybox is an endless side-scrolling game that runs in the terminal using a text-based user interface. The objective is to help guide Box through an endless series of moving goals. Achieve a high score by getting the longest streak!

Use the <left-mouse> button or the <space> key to play!