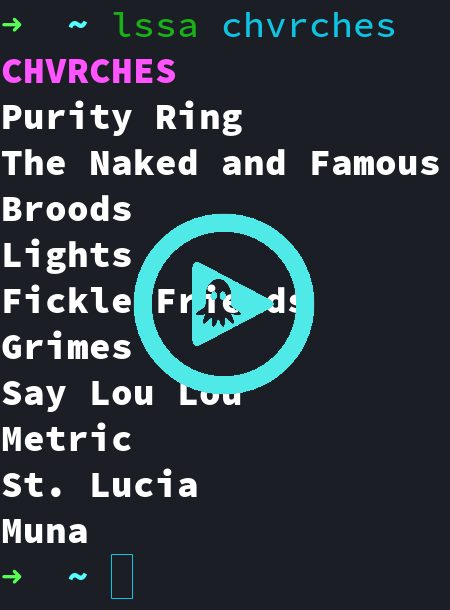 Click the above image to view a video of lssa in action.

lssa is a CLI program for the terminal that accepts one or more music artists as arguments and returns a list of similar artists.

By default, the output of each given artist will list 10 similar artists. This number can be set explicitly using the -c|--count=<1-100> option.

The results are sourced from the similar artist pages from last.fm.