Generate a tone from a note or frequency.

Generate a tone from a note or frequency. 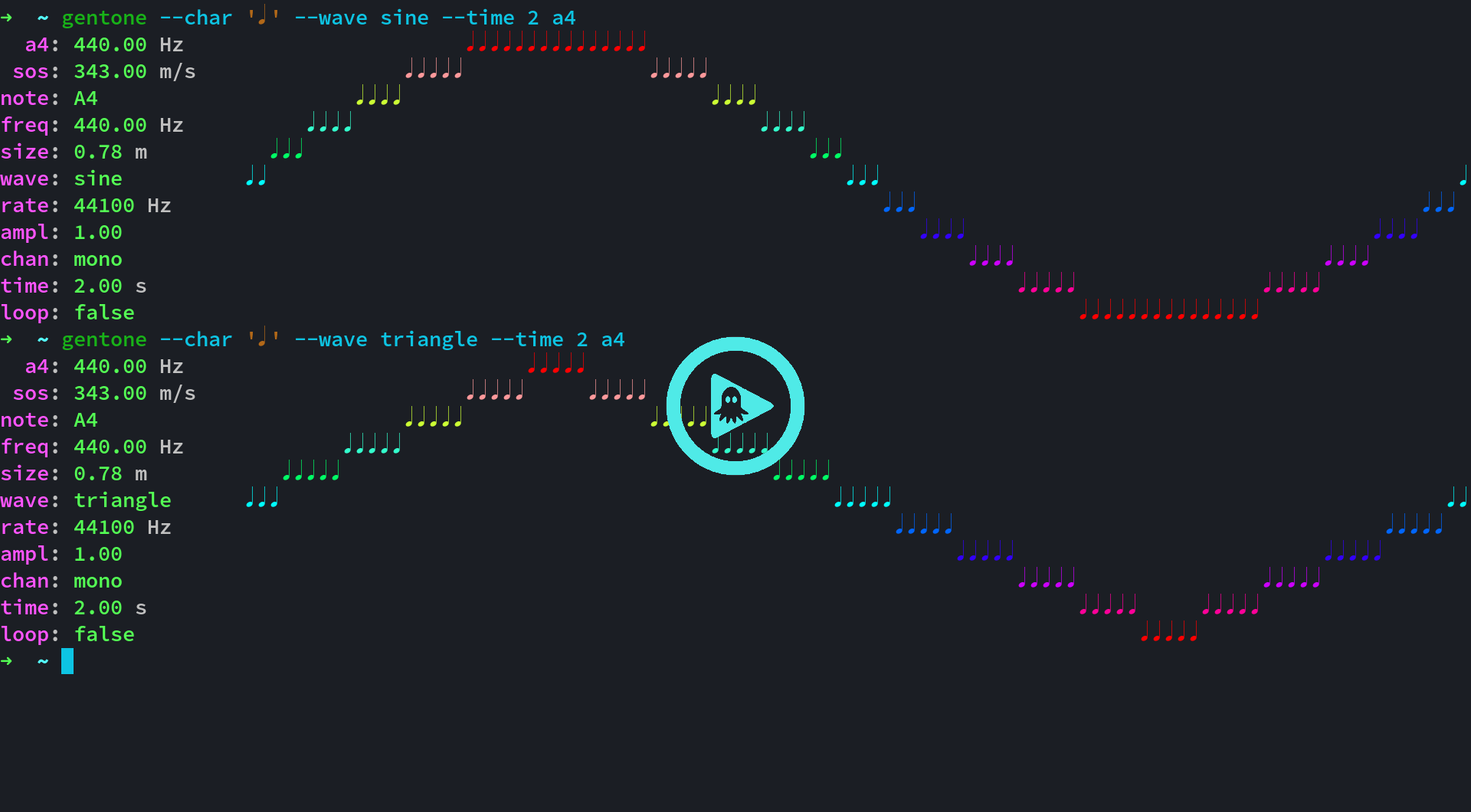 Click the above image to view a video of gentone in action.

gentone is a CLI program that generates a tone from a note or frequency.