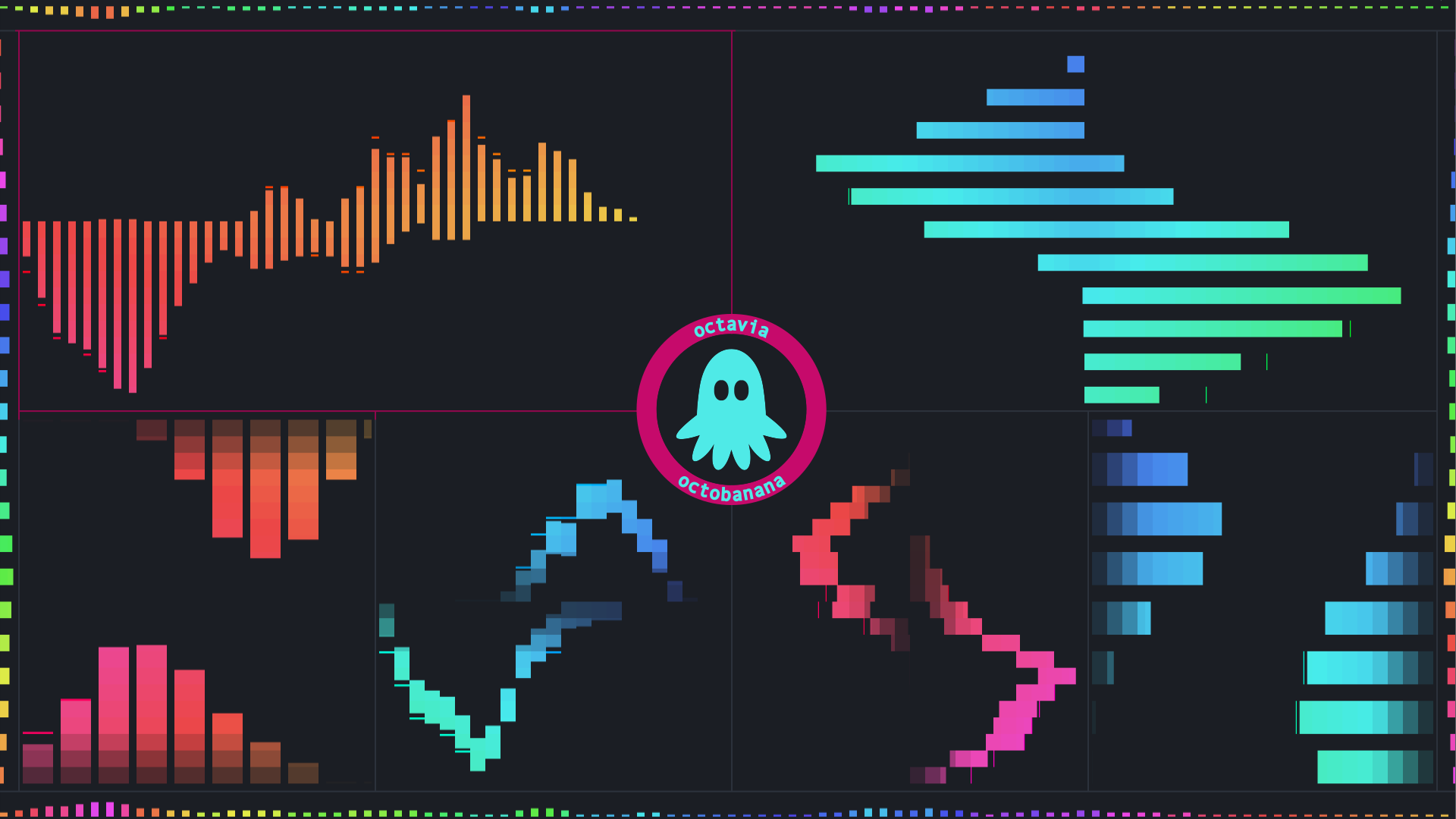 octavia is an audio visualizer for the terminal.

Run octavia and play some audio!

If octavia is not responding to audio being played, refer to the Troubleshooting section.

Here are a few key bindings to get started with:

If octavia is not responding to audio being played, make sure your systems default audio capture stream is set to monitor of built-in audio analog stereo, or something similar. On Linux, this can be done with the program pavucontrol. While octavia is running, launch pavucontrol. Within pavucontrol, select the recording tab, then choose Monitor of Built-in Audio Analog Stereo in the drop down for the capture stream of octavia. Also, make sure the volume slider is set to 100% (0.00 dB).

If the bars are constantly touching the top, try increasing the maximum db threshold with K.